Seymour Whyte is formed in Brisbane, Queensland, by John Seymour and Garry Whyte in 1987.

Setting up their office in Boyland Avenue in Coopers Plains, John and Garry set out bidding for work in South East Queensland with their first break coming in early 1988.

The company they founded has now grown exponentially—on a foundation imbued with John and Garry’s good business sense and regard for strong relationships.

Seymour Whyte is founded by John Seymour and Garry Whyte in Brisbane, Queensland.

First contract awarded to Seymour Whyte is for a road upgrade in Stanthorpe, Queensland in 1988.

Other contracts to follow include a small road upgrade in Brisbane’s northern suburb of Aspley; roadworks at Brisbane Airport; a bridge duplication on Wynnum Road in Brisbane’s east; and sewerage treatment works in Caboolture, north of Brisbane.

1990s. Seymour Whyte wins a series of public sector projects, forming the foundation for growth and expansion in South East Queensland. Expansion into North Queensland becomes a reality with the opening of our Cairns office in 1994.

Our first design and construction project is awarded for Cooktown Road, now the Mulligan Highway between Mareeba and Cooktown, on the east coast of Cape York Peninsula. Traveling time on the new highway from Cairns to Cooktown has been reduced from 6 to 3.5 hours.

Our Gold Coast projects include:

The late 90’s signifies the start of our expansion into multi-sector projects in resources, rail and airports. Our first resources (Phosphate Hill) and train station upgrade contracts are awarded to Seymour Whyte. Other projects include works at the Caltex and BP Refineries in Brisbane, Cairns International Airport and Acacia Ridge Container Terminal Extension.

Seymour Whyte integrates building infrastructure arm with civils to diversify the business and expand our capability and offering.

Since our development of the 4,800sqm state-of-the-art Cairns Esplanade saltwater lagoon (which opened on 29 March 2003), Seymour Whyte has successfully delivered several community infrastructure projects. These include the:

Expansion into New South Wales comes with an AU$8m design and construct contract on 2 December for the North Wallarah Peninsula Interchange at Swansea, near Lake Macquarie, to create an access from the Pacific Highway to a proposed urban release area.

The project was completed on 4 December 2004; and signifies the start of our prolific experience on the 790km Pacific Highway along Australia’s eastern seaboard – from projects in Sydney to Banora Point near the New South Wales / Queensland border.

Seymour Whyte decides to expand its business operations through joint projects with larger Tier 1 contractors on several state significant projects in Queensland and New South Wales – which set Seymour Whyte on a trajectory to become one of Australia’s leading infrastructure-delivery contractors.

First bridge for Brisbane since 1970

Seymour Whyte awarded one of Australia’s largest alliance contracts ($1.95bn) – for the Ipswich Motorway Upgrade, between Dinmore and Goodna, western Brisbane, Queensland. The project still is one of the most complex road infrastructure projects ever undertaken in South East Queensland – with the alliance winning over 25 industry awards including honours for Safety and Project Management Excellence.

Seymour Whyte is listed on the Australian Securities Exchange (ASX).

We set new standards in marine piling works with the Port of Townsville’s Inner Harbour Expansion project, again showcasing Seymour Whyte engineering ingenuity in finding the most innovative and creative solutions for our clients.

A new brand identity for Seymour Whyte is introduced. Our new logo depicts our core business and growth in transport, utilities and resources; and diversification in new sectors.

Rob Carr – a microtunnelling / trenchless technology specialist – is acquired by Seymour Whyte to extend our offering into the utilities market.

In July 2016, we were awarded one of our most significant projects to date – the Pacific Highway Woolgoolga to Ballina upgrade between Glenugie and Tyndale in northern New South Wales. Seymour Whyte self-performed the majority of works which included 32km of civil works, 40 bridges and 45km of rigid concrete paving works.

In September 2019, 3,030 cubic metres of lean mix concrete was placed by our paver in a single shift highlighting the outstanding performance in self-managed production and operation on the project.

Seymour Whyte achieves an Infrastructure Sustainability Council of Australia (ISCA) rating of ‘Excellent’ for the design and construction of the Port of Brisbane’s Port Drive Upgrade project.

We were also awarded new contracts to deliver several Australian firsts such as:

Our first contract in Victoria is awarded in September 2016 for the Young Street urbanscaping project to transform the very heart of Frankston, Melbourne, and provide for a safe, modern and thriving place of community.

Melbourne’s Swan Street bridge is upgraded by Seymour Whyte using carbon-fibre reinforcement – providing an innovative solution to improve the structural capacity of this 1950’s bridge that connects Melbourne to its iconic sporting precinct over the Yarra River.

In June 2019, the bridge upgrade won an urban design commendation at the Victorian Architecture Awards; as well as a Victorian Civil Contractors Federation (CCF) award for Engineering Excellence in August 2019.

On 23 October 2017 – the year of our 30th anniversary – Seymour Whyte joins VINCI, a global player in concessions and construction, employing more than 222,000 people in some 100 countries.

Seymour Whyte and VINCI have a shared vision for the future – with a focus on smarter partnerships, the pursuit of excellence and innovation in all that we do.

The award-winning Yandhai Nepean Crossing delivered by Seymour Whyte with VINCI sister company, Freyssinet, is opened to the public.

The landmark crossing in Penrith, western Sydney – with its 200m long unsupported span – is the longest single span shared user path bridge in the southern hemisphere. The crossing continues to draw crowds as an engineering marvel and has become a destination in itself.

An innovative and untested construction technique was developed to facilitate incremental ‘node-by-node’ launching of the steel truss. The ‘node-by-node’ launching is an Australian first – and is emblematic of the way the truss is supported and shifted at the node using jacks and rolling skates as the safest way to construct the truss over the river. 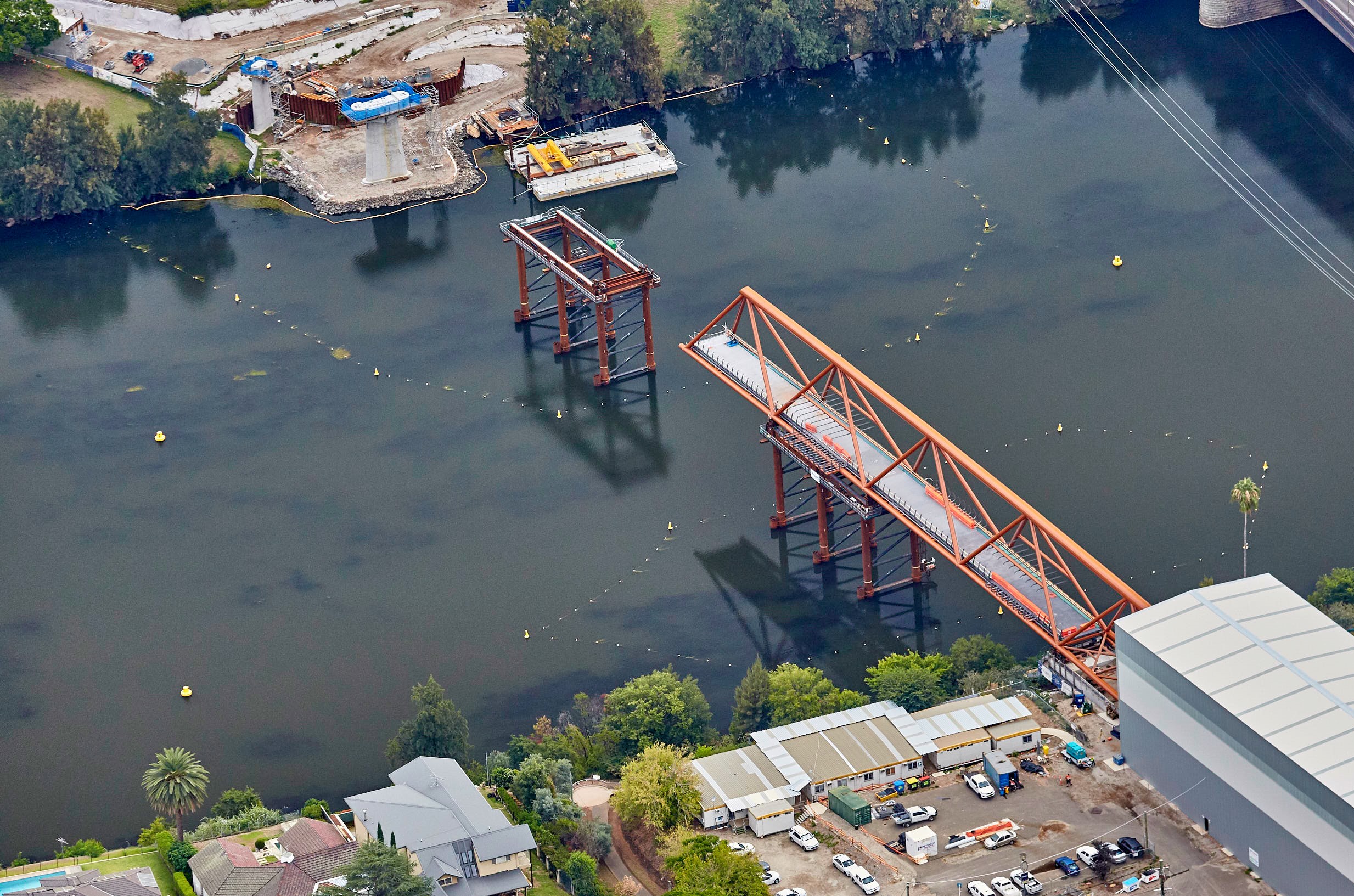 A bespoke segmental cantilever erection methodology was developed to install the sub-50m shared user single pylon asymmetric cable stayed bridge, at Narellan Road over the Hume Highway in Campbelltown, south west Sydney. The bridge has a steel ladder type deck and a reinforced concrete topping slab; and is supported on two permanent concrete piers with a fanned arrangement of cables.

The Upper Yarra Dam safety upgrade, in Victoria, marks our entry into the dams sector. The upgrade will make the dam compatible with the latest industry standards to ensure continued integrity and stability of the dam wall, so the reservoir can continue to supply Melbourne’s drinking water.

Rob Carr’s ownership is transferred, in line with VINCI’s structure for specialist businesses, to Soletanche Freyssinet – a world leader in soil and structural engineering as well as specialist works such as tunnelling.

The transfer increases Rob Carr’s access to dedicated expertise and best practice from VINCI’s global network and projects – to strengthen its position in the Oceania market.

In line with our Strategic Plan 2025, Seymour Whyte expands into South Australia.

On 24 September 2020, Australia’s first corten steel road bridge is opened to traffic at Meroo Meadow, over the Princes Highway between Berry and Bomaderry in South Coast New South Wales. Using Australian-made weathering steel, the bridge is designed to blend in with the Australian landscape.

Seymour Whyte’s renewed client and employee value propositions are launched – embracing the strong traditions and foundations that have set Seymour Whyte apart, as a smarter partner, and a smarter way to more.

Seymour Whyte builds its rail capability by self-performing track laying works on the Edmonton to Gordonvale project in Cairns. The scope for the 10km Bruce Highway upgrade includes a 4.7km realignment of the Queensland Rail North Coast Line and the relocation of existing cane rail lines to accommodate the duplicated highway.

Our first contract in Western Australia is awarded in April 2022 to design and construct Perth’s Causeway Pedestrian and Cyclists Bridges to link Victoria Park foreshore, Heirisson Island and Perth’s CBD at Point Fraser. The project is delivered via an alliance (Causeway Link Alliance) for two cable-stayed bridges, including a 6 metre wide shared path, with a design that reflects and embeds Whadjuk Noongar culture. 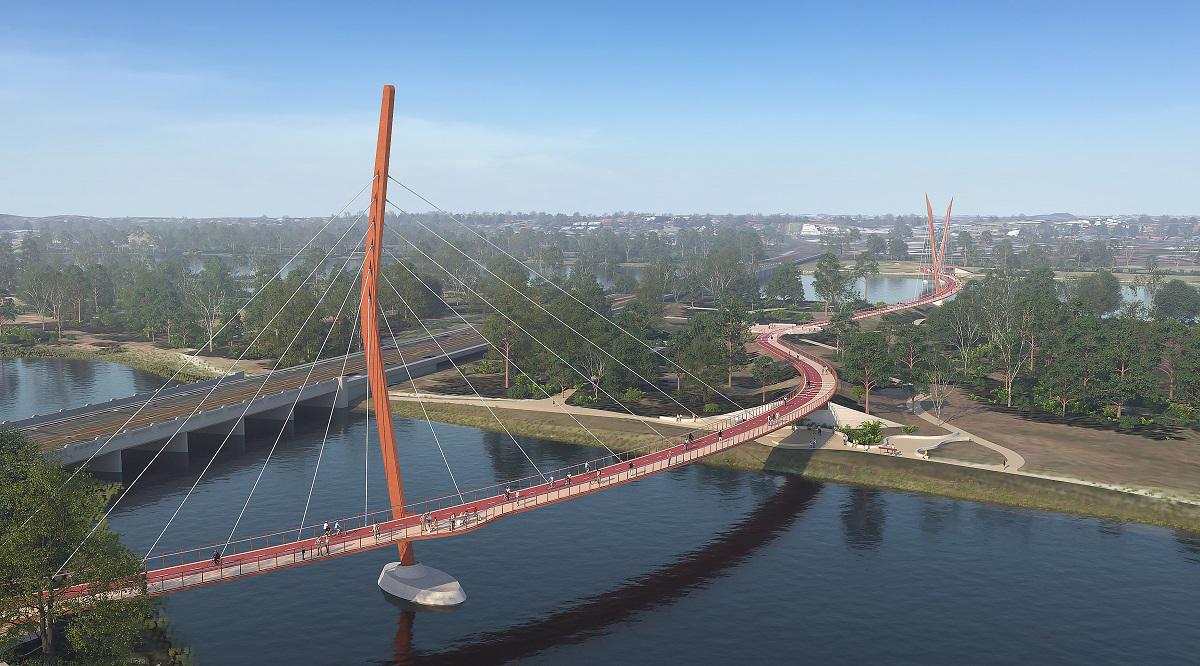 As an already successful civil contracting business in Australia for over 30 years, our local expertise and capability is even better. With the expertise of a Tier 1, the agility and personal connection of a Tier 2, and now, the enhanced resources of VINCI – one of the largest, world-class construction companies globally – our employees and clients get the best of three worlds. And with that, comes the promise of a business performing better with you.